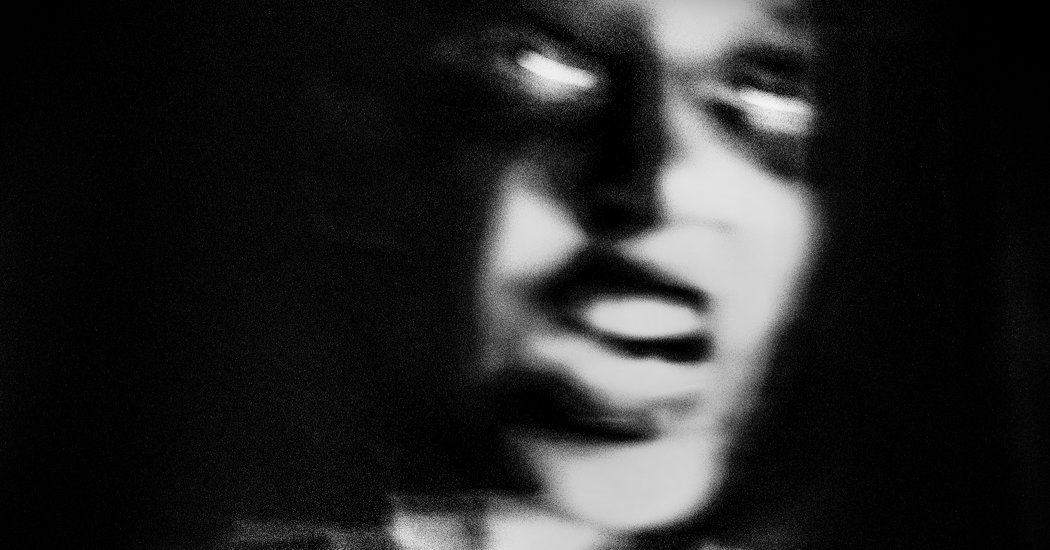 If you’ve watched a few horror movies, you’ll recognize this scene: The cute teenager runs up the stairs instead of out the house to escape a ruthless killer. Or how about this one: A group of friends purposefully split up in an abandoned warehouse or a dilapidated cemetery or an overgrown forest while being chased by a maniac with an ax.

Any reasonable person is likely to view these actions as stupid. Don’t go finding trouble! Yet that’s exactly what I did when I signed up for three different horror experiences ahead of Halloween. Yes, I went looking for trouble.

Despite my lifelong love of horror movies, I’ve had very little interest in partaking in anything haunted myself. But this year, it hit me: Am I not doing October right? Instead of breaking out the Ouija board, I made my way through three spooky, seasonal adventures — ending up with the Bane Haunted House, which bills itself as the scariest haunted house in New York City.

Like other unsettling immersive experiences, most notably “Sleep No More” at the McKittrick Hotel, “The Cooping Theory 1969” features roving actors enacting various story lines. This one takes place in a karaoke bar, and focuses on the mystery surrounding the death of Edgar Allan Poe in 1849. It’s definitely not a haunted house, but this Poseidon Theater production has plenty of suspense — eventually.

While mingling with other guests during a cocktail hour, one of the actors asked if I knew how Poe died. I took pleasure in my response: I can’t say I’ve ever spent a minute thinking about Poe or his death. His expression went blank for a moment, but, being the professional actor he is, he rebounded and charmingly shared details of Poe’s premature death at the age of 40.

The immersive play begins with the initiation of guests into the Poe Society by Jimmy Harder (played by Johnny Pozzi), a fellow so cavalier and roguish that you can safely wager he will be among the first to experience some sort of trauma. We were directed to interact with the six cast members, easily spotted in bell-bottoms, leather vests, shift dresses and other pitch- perfect ’60s attire. (Introverts, you’ve been warned.) One of the so-called pledges, a doe-eyed Cordelia Carlyle (Estelle Olivia), whose creepy presence was made even more so by the slight tilting of her head and clipped speech, talked about past selves, déjà vu and the supernatural. She told me that Poe’s wife, Virginia, had died of tuberculosis — adding to the tragedy in his life.

A séance, across multiple rooms, takes place in the second half. Madam Harlow, played by Dara Kramer, has been hired to summon Poe and thunderously quotes lines from “The Raven.” The play’s director, Aaron Salazar, said the best way to experience the production — and witness the actors’ descent into madness and possession by Poe — is to linger in the hallways, frequently change your route and separate from your group.

I was reminded of how I used to feel when I watched “The Twilight Zone” or “Goosebumps” when I was younger — a defanged fear. The dim lighting, casting shadows on the actors and their movements, along with the original score, by Manuel Pelayo and Giancarlo Bonfanti, created an eerie mood, and one character in particular, Anna Carver (Makaela Shealy), with her shrill giggle, nails the caricature of a foolish girl lost in a cult.

“The sound of terror, to a lot of people, is that John Carpenter style of music, which [the composers] riffed on,” Salazar said, “but what was cool is that they went even further and really went into that super lush Kubrick, Argento sweeping cinematic score.”

The décor — a slightly distracting excess of pop art and colorful brand nostalgia — is curated by Sam Huh, Raj Banik and Sung Oh. Huh collected the antiques over 20 years — the majority of which are from the same time period as the play. The moody ambience lent itself perfectly to the proceedings, even if the circumstances around Poe’s death aren’t too much of a mystery. (Spoiler alert: He died after being found on a street in Baltimore, following an alcohol binge.)

Opening a spooky, restaurant-themed escape room feels very 2019. The owners of “Esscape Room: The Real Kitchen Nightmare,” Kyle Radzyminski and Mélanie Lemieux, said they wanted to create an escape room with a restaurant theme. (They also run restaurants and a music school.) At their new interactive experience in Long Island City, Queens, they’ve installed the fictional chef Francois Hellerstein, who has apparently gone off the rails.

I randomly joined a group of three friends, and, even though we didn’t make it past the second room, I found myself having much more fun than I had expected. The owners said the first room — which pays homage to famous chefs with posters featuring Anthony Bourdain and Julia Child — is the most difficult and then the puzzles get progressively easier.

The first room is outfitted as a restaurant kitchen with a fryer, sinks with dirty dishes, a flat top, burners and pots and pans. The challenge is to use the clues to retrieve five knives from locked cabinets. It took us a long time to figure it out, and by that point we were too frazzled to start the sleuthing all over again in the second room. We never met the deranged chef, but he made his presence known by loudly banging on the walls.

In addition to the intermittent loud banging, which surprisingly freaked me out, Tom Jones’s “What’s New Pussycat?” blared over the speakers. At first, it was just absurd and funny. But as the hour continued, the song slowed and warped, taking on a sinister tone. I slowly felt as if I were losing my mind. Then at one point, I had to stick my hand in a vat of fryer oil after unlocking a box that held a recipe revealed that clue. (It was just dirty water with liquid smoke, I later learned, but my hand sure did reek of old grease and made me feel queasy.)

The second room was significantly more macabre: not only was there more frequent banging, but also drills suspended from the ceiling and sputtering on their own. A wrapped, bloodied body was hung upside down like an animal carcass and a heavy, bloodied wrench had been left on a worktable. Even some errant cinder blocks on the ground were overrun with fake rats. Lemieux didn’t say how many rooms there were in total, but since opening, she said, only two groups have successfully made it to the end.

I’ve successfully completed an escape room before, but this one is difficult. I kept muttering some increasingly profanity-laced variation of “This is actually hard!” I wondered if I would have done better had I been with people I knew or taken advantage of the max six-person allotment. But I’m also not very competitive, so while I enjoyed the medium-level spooks and the clever nods to the restaurant industry, I was completely fine with losing.

Most nights I fall asleep while rewatching horror movies like John Carpenter’s “Halloween” or the always delightful “Black Christmas.” Not much scares me. But on one recent night, as I was waiting in line for the Bane Haunted House in Hell’s Kitchen, I had a sinking feeling that I was about to regret signing up for this one.

It was a rainy Sunday evening, and yet a large crowd had lined up on 11th Avenue. Couples, teenagers and even a mother-daughter duo were all game (though the daughter prematurely freaked out and refused to enter).

This three-level experience takes roughly 20 minutes to navigate, which is shorter than how long I leave a sheet mask on, but it feels like an unending nightmare when you know yet another zombie or demon is about to jump out at you and hiss in your ear and you’re not supposed to run away. But at anytime, you can say the safe word, “mercy,” and one of the undead creatures will snap out of its terrifying persona and kindly walk you out.

I made it about halfway through. Like at least 1,200 others this season, so far, at the Manhattan location (Bane originated in New Jersey), I yelped mercy instead of sliding down into a pitch black void called the garbage hole. After I tapped out, a friend who had joined me encountered a zombie mortician who guided him through fake morgue cabinets. My friend said he instinctively grabbed onto the actor, who then broke character, asking if he had read the rules (which outline no touching), and demanded they make eye contact and confirm yes. That, he said, was more scary than anything else because it felt “punitive and cop-like.”

I tried to console myself. After all, I had managed to make it through being separated from others, the total darkness punctuated by disorienting strobe lights, crawling about, and the various jolting scares. My friend made it to the end, which involved being placed in a coffin. No thank you.

More Halloween Frights, for Every Level

Trick or Treat on the Ave

Sunday, Oct. 27 from 3 to 5 p.m.: A kid-friendly version of the haunted house; banehauntedhouse.com.

Thursday, Oct. 31 from 7 to 11 p.m.: The parade proceeds along Avenue of the Americas, from Spring Street to 16th Street; halloween-nyc.com.

Through Oct. 31: A dance party inspired by the master of suspense at the McKittrick Hotel, 530 West 27th Street, Manhattan; mckittrickhotel.com.